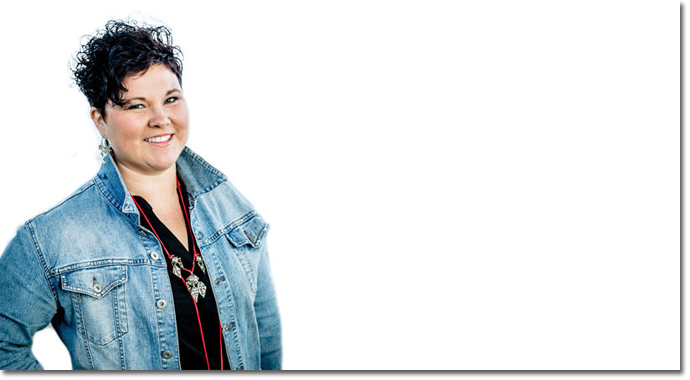 The melodies take shape inside Sara Ajnnak like a soft cry from the outskirts of civilization. The melodies find their way from the depths of the heart, through forests and mountains, to reach the noise of modern civilization. Deep in the forests, the source of her ancient powers can be found.

Sara has made three albums. When she started working on the third one, “Gulldalit”, she was tired and feeling lonely.
– It felt like my voice was a silent echo from the countryside that would slowly fade. Working with the album has been characterized by a struggle between trying to adapt in order to increase my reach, and a desire to be able to exist on my own terms, using my own cultural expression. While creating the album, a new sound has taken shape, where nature is my inspiration, the voice is my tool, and my cultural perspective is a given.

Sara started exploring the sounds inside her, her own voice, ”ugly” jojk, and ”nice” jojk. She wanted to challenge herself and her expression.
– I wanted to capture the fantastic sounds of my world; the snow crunching under my feet, thousands of thundering hooves of reindeer, leaves rustling in the wind. The kind of sounds that pale compared to big city noise, but are the root of all life. But also the contrasts, where nature fades and the pulse of modern society takes over.

She carried around a recording device in order to capture the sounds, and use them in her music. She wants to create something that personifies her sound, and celebrates her traditional expression.

– “Gulldalit” comes from deep inside myself. I have captured the melodies of the loneliest thought and found the jojk, which is bursting with joy.
Together with co-producer Stein Astrud, she put preconcieved ideas to the side, while going through ideas in search of the pieces of the puzzle that define her sound.

– The core is the wild rhythmic patterns of jojk, the voice that carries the feeling and the arrangements that affirm the wild and untamed parts of my expression.
Sara’s recent development has emerged through a slow, thoughtful artistic process when ideas had a chance to grow and mature at a natural pace.

– I have experimented with my voice, melodies and lyrics. I have surrendered and put myself in the hands of creativity. I have liberated myself from the demands of fitting in, or adapting to other people’s expectations. In the process, I have focused on evolving, both as an artist, and as a human being.